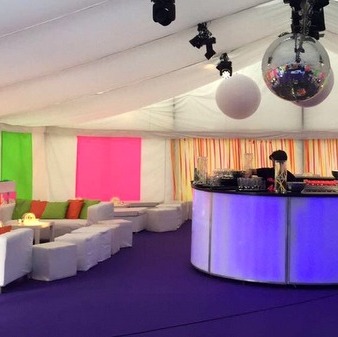 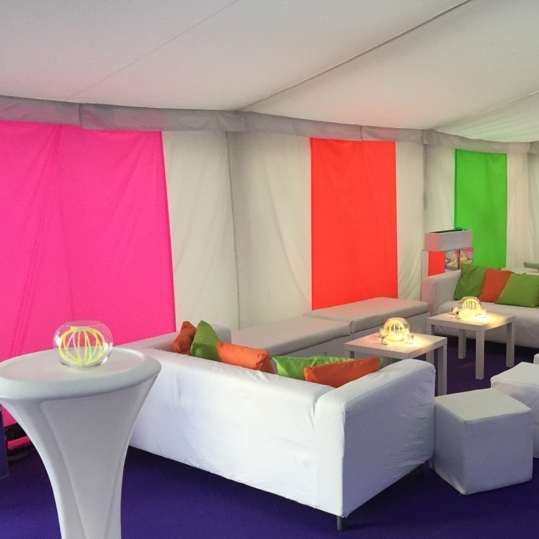 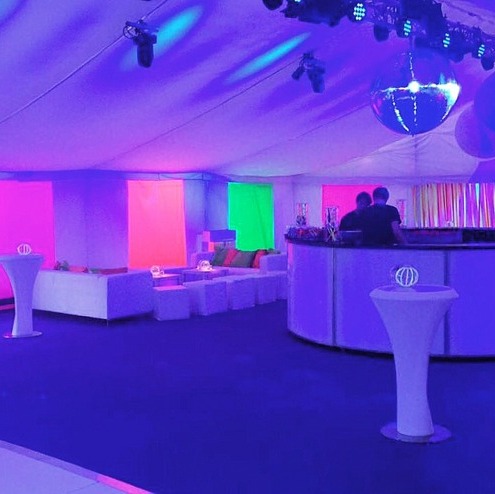 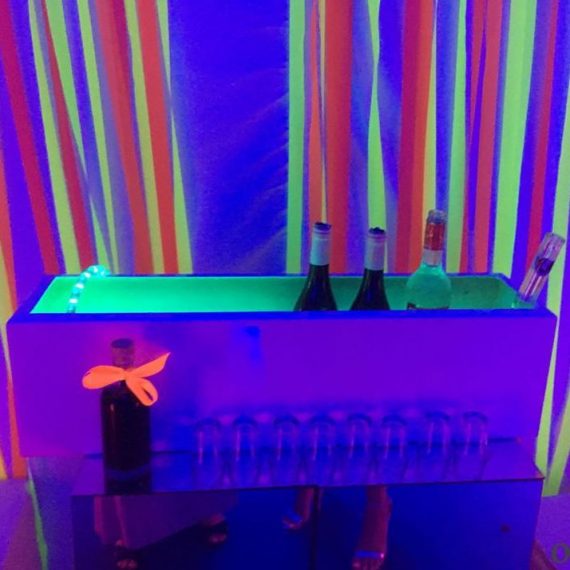 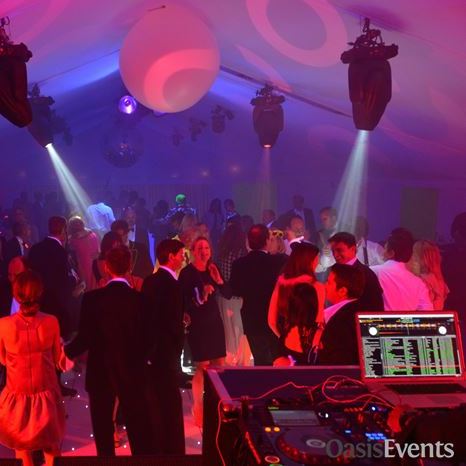 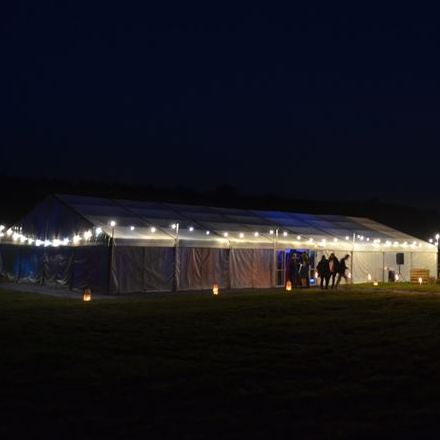 A formal 40th birthday drinks party in Cotswold field, awith a change in gear after the introduction of the band, to a night of partying hard.  Neon styling that should look sharp and give a gentle nod to the 90s.

The  clean, smooth lining finish had accents of striking neon fabric, ribbon strips, glow stick table displays,  internally lit LED poseur tables, UV lighting and overhead installations.  The LED dance floor and bar lit up the space after dark, with cool white chill out furniture filling one end and a serious looking staging rig of sound and lighting filling the other…  At the flick of a switch as the name of the band was announced, the neon party shifted into full gear and the music played until the dawn.

“Thank you so much for the efforts you put in to turning our neon party into the phenomenal night that it was. You and your team were exceptional in translating everything we wanted into a reality. The marquee looked stunning both from the outside and especially on the inside and the comments we are receiving through letters and emails are testament to this. The sound/lighting was as good as it could possibly have been and the combination enabled the Stereo MCs to truly blow the roof off, followed up by the DJ Sam Totolee who was amazing, but without your team they could not have performed at the level they did. The party was everything and more that we were aiming for and that is primarily down to the combined efforts of you and your team at Oasis Events.”