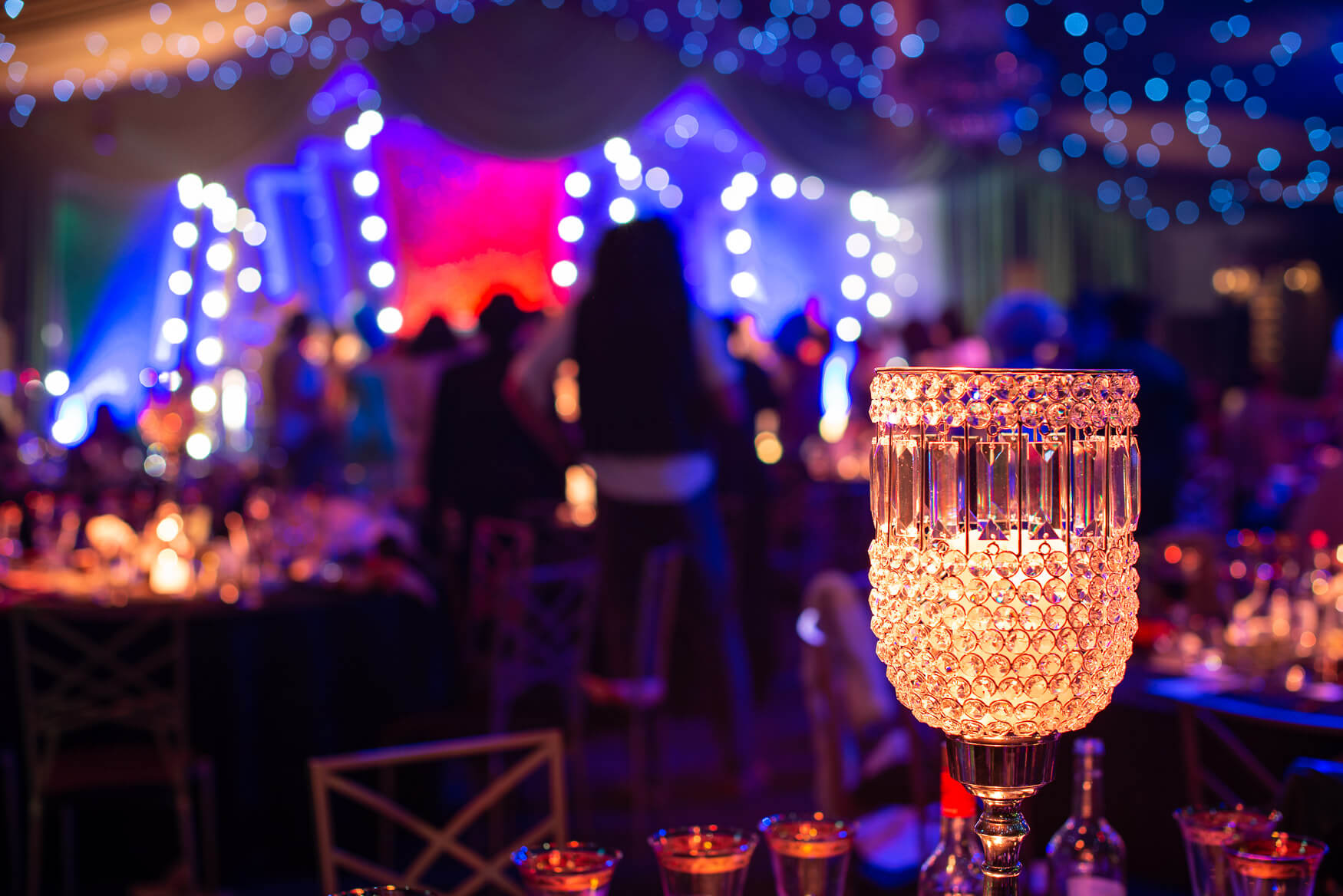 “Dany we just want you to make it epic!” And so we were briefed to create a surprise 40th birthday party, themed with an art deco setting for guests to dress as Icons of the 20th Century and party the night away! 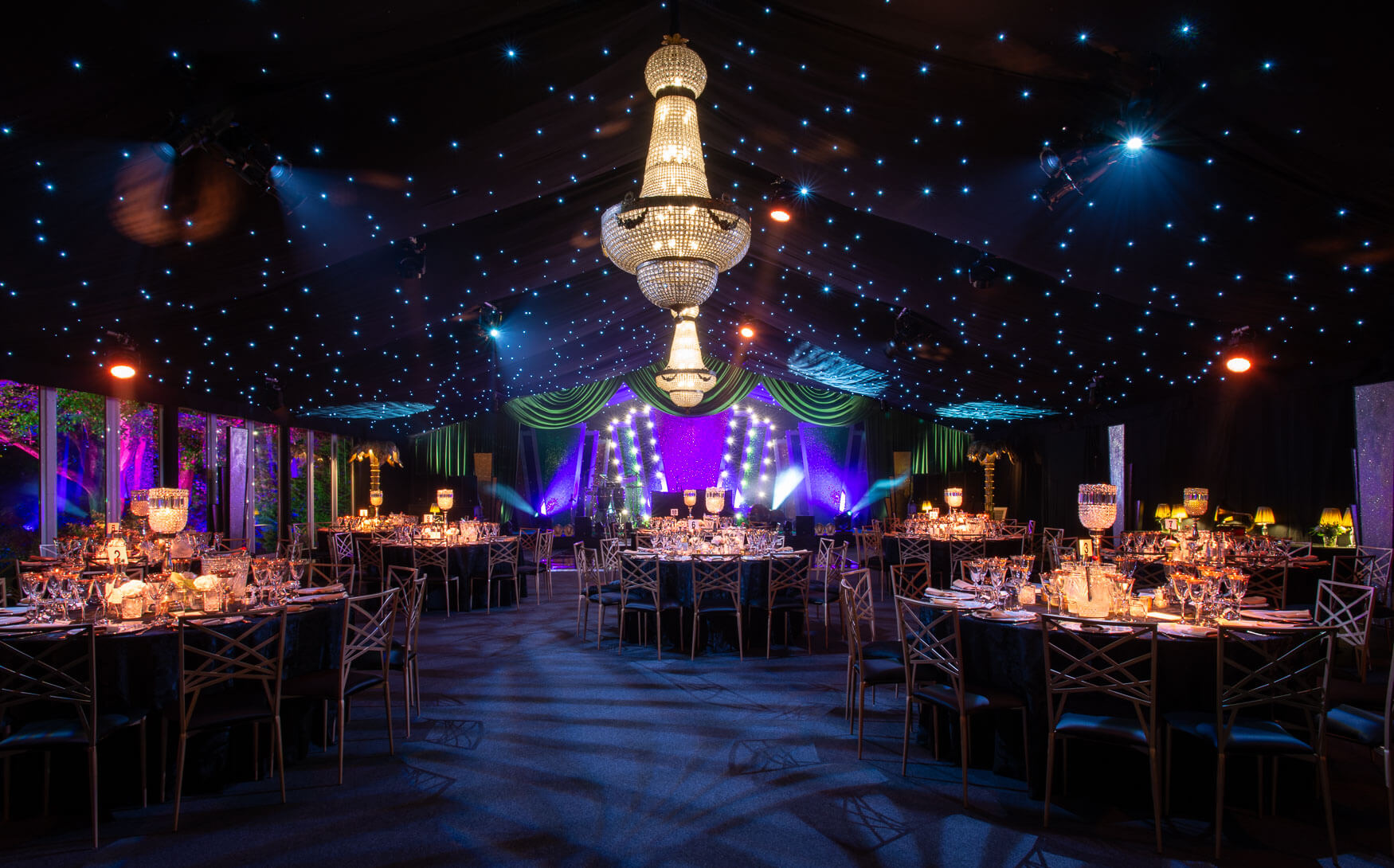 Bespoke structures were built over the sunken lawn with hard flooring, bespoke steps and multi-layers to include a balcony bar setting, overlooking the dining room. The bespoke, opulent art deco design included bespoke drapes and scenery featuring our client’s favourite colours, giant overhead chandeliers, and sumptuous table settings. Guests arrived dressed to the nines after an afternoon of being pampered by the hair and makeup team, even the cocktail bar team were dressed as prohibition barmen, and the placement was provided by a cheeky usher with her ribboned server’s tray.

Guests were offered coach picks ups from the nearby town, taxis and arrangements were made for a helicopter arrival. We hired in the paparazzi to capture guess walking in to the soundtrack of the film or song associated with their fancy dress, and a vintage photobooth was adapted to capture film as well as more photos. There was champagne, there were cocktails and canapes, a middle eastern feast for dinner, a buffet of sweet treats and hot late-night snacks. A projection featuring childhood photos played onto the house as a backdrop after dark to surprise the birthday girl, and a 7-tier espresso martini tower appeared after dinner.

The band played electro swing hits and the DJ pumped more soundtrack tunes until the early hours for dancers on the shiny gold dance floor, with a view through the glass walls over the light-flooded garden. 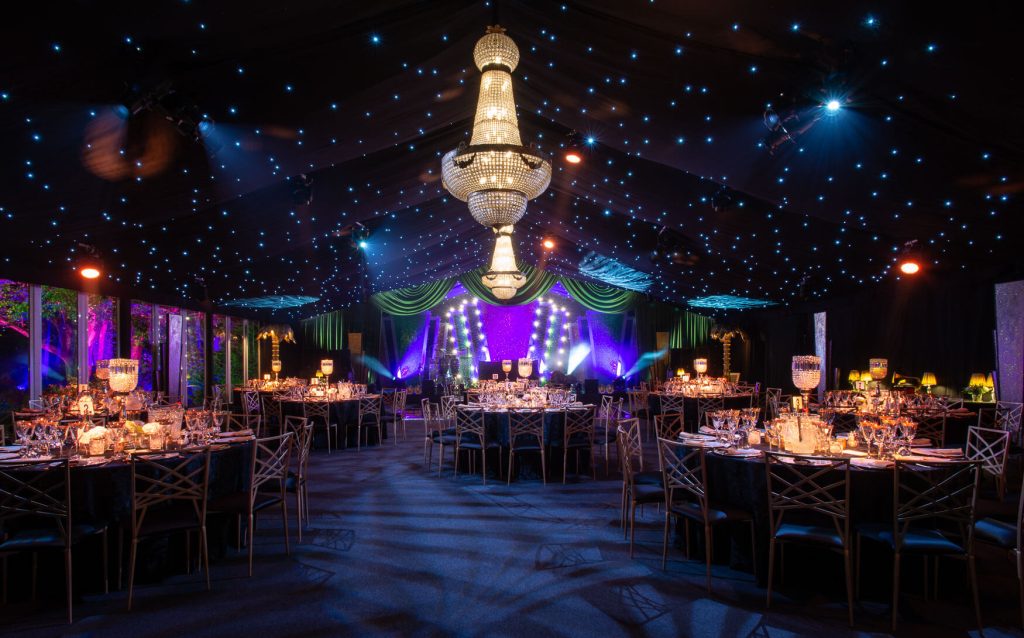 Scroll To Top
We use cookies to ensure that we give you the best experience on our website. If you continue to use this site we will assume that you are happy with it.OkPrivacy policy