With “Get connected” going around and around in our heads, we’ve been having fun editing photos of the Neon party we planned in September, playing hosts to 90s legends The Stereo MCs for a huge 40th birthday party in Gloucestershire.  Working with one of our favourite local marquee suppliers we provided a 12m x 24m structure with bright purple carpet to set off riotous neon styling inside the party.  Neon wall panels, ribbon walls and table centres, an LED dance floor and an internally lit bar were the styling accents inside.  On arrival, guests  would have been forgiven for believing that they were approaching an “ordinary” party marquee in a field with a modest and pretty lit area outside for huddling around fire bowls in the rustic countryside – this as a complete contrast to the interior they found within –  clearly designed to invite a night of partying! 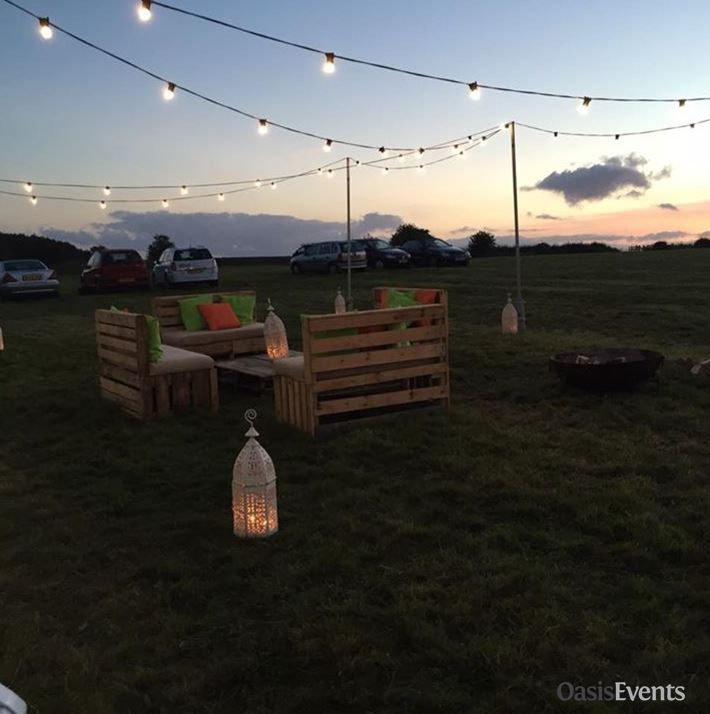 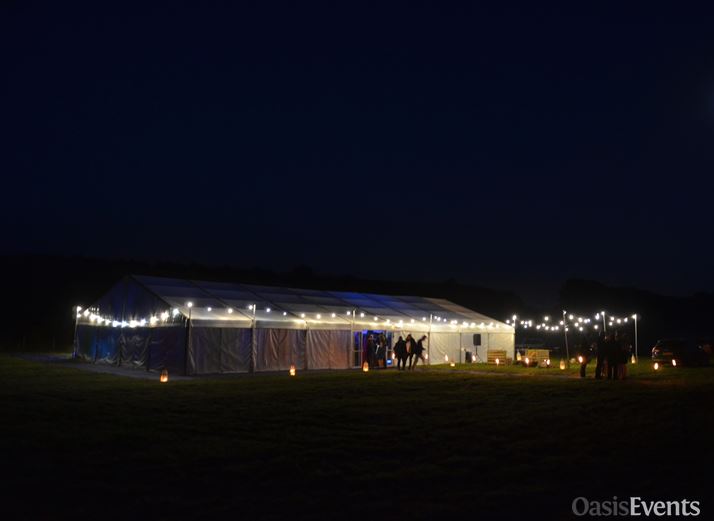 A giant mirror ball helped to set the tone, and with a complete change to the lighting state bringing on a UV dance party as the band arrived on stage, the guests had no problem dancing until dawn.  After the band DJ Sam Totolee  had been flown in from Ibiza to keep everyone moving until the sun came up!

Our favourite piece of feedback from our client, who’s enthusiasm for an epic project was infectious throughout, was “Thank you so much for the efforts you put in to turning our neon party into the phenomenal night that it was. You and your team were exceptional in translating everything we wanted into a reality. The marquee looked stunning both from the outside and especially on the inside and the comments we are receiving through letters and emails are testament to this. The sound/lighting was as good as it could possibly have been and the combination enabled the Stereo MCs to truly blow the roof off, followed up by the DJ, Sam Totolee who was amazing, but without your team they could not have performed at the level they did. The party was everything and more that we were aiming for and that is primarily down to the combined efforts of you and your team at Oasis Events.”

With grateful thanks to our key suppliers for helping us pull together this spectacular event: